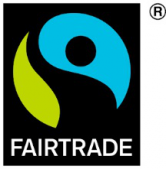 In 1995 Swanwick Methodist Church became a certified "Fair Trade Church", following a nationwide campaign by Christian Aid. Since that time fairly traded tea, coffee and sugar is used at all events run by the church.
We currently hold BIG BREW coffee mornings during Fairtrade Fortnight in February, as well as an annual event in the autumn, raising money for Traidcraft Exchange. The latest catalogues are always available at church or from Paula, our Traidcraft Fair Trader, who has been selling and promoting fairly traded goods since 1988.

What is fair trade?

The goal of fair trade is to make sure that companies in developed countries pay a fair price to producers in developing countries for their work.
This means not just paying them in the short term, but also helping them improve their skills, increase standards of living and create secure and sustainable livelihoods for future generations.
Currently there are so many farmers in developing countries working hard to produce items that end up in our shopping baskets, however, they do not get paid enough to support their families and afford life's essentials - food, education and healthcare.
Fair trade is based on partnership, which means that farmers and workers concerns should be as significant as other commercial considerations. However, most trade depends on low-cost labour and exploitation of natural resources, which is not fair and not sustainable.
Inspired by the principles of fair trade, Traidcraft Exchange runs projects that use the power of trade to fight poverty. They also campaign to make the trade fairer for people in developing countries.

If we buy products without considering where they come from and at what cost, we become a part of the problem by exploiting workers in developing countries. By buying fair trade products, workers and farmers get a fair pay for their work and can support their families. 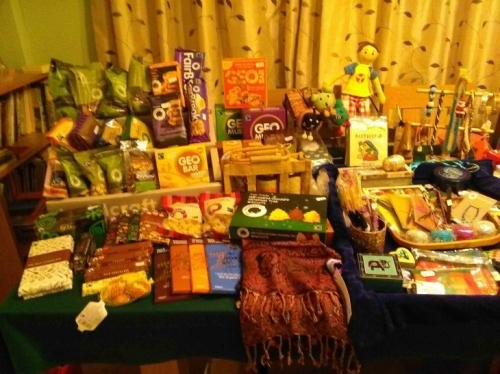 lMicah 6:8 says "The LORD God has told you what is right and what he demands: ‘See that justice is done, let mercy be your first concern, and humbly obey your God."

Jesus spoke about justice throughout his ministry; "...you neglect the more important matters of the Law, such as justice, mercy and faithfulness." Matthew 23:23

Ezekiel 28:16 says "Through your widespread trade you were filled with violence and you sinned"

And while William Wilberforce was talking about the slave trade his comment is also appropriate to Fair Trade
"You may choose to look the other way, but you can never say again that you did not know"
This week at church...
BBC News (Derbyshire)
Car lands on top of caravans after Glossop collision
'Drawing doodles for Ant and Dec was my dream job'
Mercian Regiment's annual pilgrimage to tower resumes
More...
Site Admin - please log in and re-save Setup to upgrade your weather widget - thank you.
More from OpenWeatherMap...